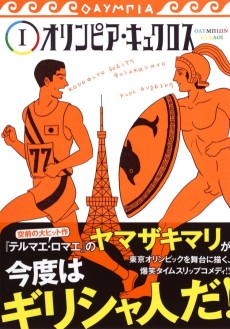 Demetrios, a timid and kind vase painter in Ancient Greece, who dislikes sports and competitions, is one day forced to come up with a game to compete with the mayor of the neighboring town, in order to save his village. While hiding inside a large vase outside his workshop, lightning strikes the vase Demetrios is in, transferring him to Tokyo, Japan, during the 1964 Summer Olympics.