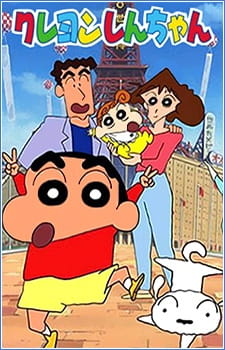 Just because an anime features a young protagonist does not necessarily mean that it is an appropriate series to show your children. Young Shinnosuke, or Shin-chan for short, is a very creative young boy that lives with his eccentric parents, Misae and Hiroshi, as well as his Prima Donna younger sister, Himawari, and has loads of unique friends to boot. Everyday life for little Shin-chan is full of funny (and shocking) moments, most of which stem from his unnatural and sometimes profane use of language, as well as his constant acts of inappropriate behavior. Shin-chan's famous "elephant" gag is one of the most defining moments in Crayon Shin-chan, simply because it is the epitome of crude comedy, one of the core themes of the series. Crayon Shin-chan is a hilarious show about the day in the life of a young, curious boy, that captures the awkwardness of growing up as well as the beauty of being true to one's self, no matter what others say.
Now Playing