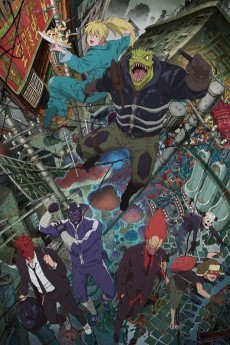 The story revolves around Kaiman, who does not remember who he was before he was transfigured by a Magic user. This transformation left him with a reptile's head, and a desire to find out the truth about who he really is. Accompanied by Nikaido, his female companion, he tracks down Magic Users in "The Hole" and unceremoniously chomps down on their head, hoping to find out who it was that put him in this state. One by one, they witness this "second man" inside the head of Kaiman, and after pulling them back out of his mouth he asks them all a question... "What did the guy inside my head say?"