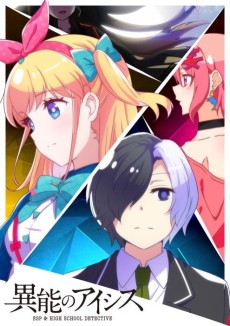 "AICis" is a psychic application that is popular in Geso Ward, a school city in Tokyo. It is an app that gives special powers, "supernatural powers," to the person who installs it. Those who have the powers in their hands go on to do evil one after another in order to satisfy their own self-interest. This is the story of "student detectives" who specializes in solving the psychic cases.