Valentine's Day special for Kimetsu no Yaiba. The first three episodes will be released on Aniplex's official YouTube channel, while the fourth and final episode will be streamed during the Kimetsu Matsuri Online: Anime 2nd Anniversary Festival and also available on Aniplex's channel after airing.

Note: Related to the post-credit shorts after episodes 14, 17 on the TV broadcast of Kimetsu no Yaiba. 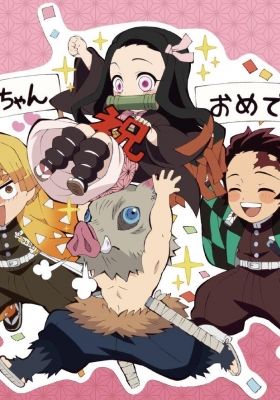