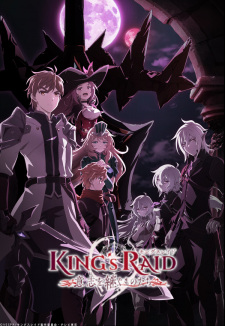 It's been 100 years since King Kyle buried Ang Mundo. Now in a time of peace, the apprentice knight Kasel enjoys his life without worry. His fate begins to change, however, with news of demon appearances infesting the neighborhood. Guided by a wise man, Kasel finds friends he can rely on and sets off on his mission to seek a holy sword, capable of slaying his newfound enemies. (Source: MAL News)
Now Playing