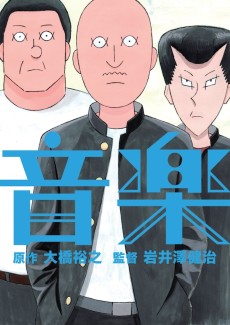 Ohashi originally self-published "Ongaku" in 2005, and it tells the story of young delinquents who decide to start a rock band despite never having touched instruments before.