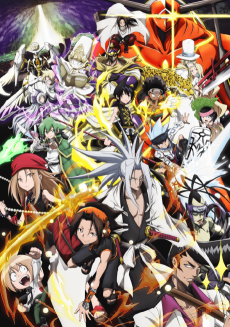 A new adaptation of the Shaman King manga.

On a starry night, middle-schooler Manta meets Yoh Asakura, a young shaman who has the ability to talk to spirits, and also has the ability to let them possess him to use their powers. Yoh has a heavy duty on his shoulders: he must become the Shaman King by winning the Shaman Fight, a tournament between shamans that happens only once every 500 years. Joined by his spirit medium fiancée Anna Kyouyama, his personal samurai spirit Amidamaru, and his other friends, Yoh must also face a larger evil: Hao, a powerful man who aims to create a new world with only shamans by becoming the Shaman King himself.