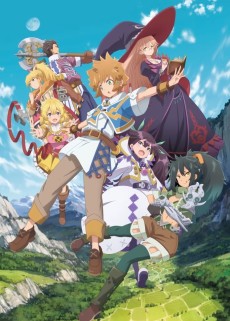 The story follows Lloyd, a budding adventurer who just wants to get stronger. His plan? Head to the capital and discover his true power, even though he grew up being considered a weakling. So Lloyd heads out from his hometown, which interestingly exists directly next to the most dangerous dungeon. He might not think of himself as strong, but he’ll soon learn that there’s even more of a difference between him and other starting adventurers.

You know, because he grew up next to a deadly dungeon. He’s much stronger than he realizes.