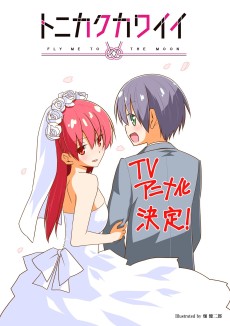 The story follows a boy named Nasa who meets a "generally cute" girl named Tsukasa on the day of his high school entrance exams, and immediately falls in love with her. Nasa confesses his feelings, but her response is that she will only go out with him if they get married. Years later, on Nasa's 18th birthday, she suddenly appears to get married. Thus begins Nasa's newlywed lifestyle.