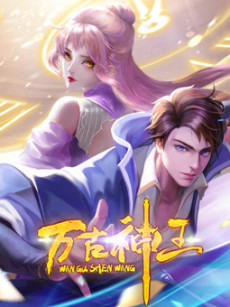 Huge changes happen on the earth, the resuscitation of fairy makes everybody have access to celestial beings, an era of cultivation hence arrives!

Framed to death in his previous life, he is reborn to his high school and happens to witness the resuscitation of fairy and the radical change of the world. Being young again, he restarts cultivation. This time, he'll protect his friends and family, he'll leave no regret, and he'll be the eternal king!